Cruising Just The Way You Want It

Other Hotels in Spain Prices Get a Quote Hotel Details Gallery

Uncover the hidden gems of the Mediterranean with Norwegian. Whether you wish to stroll along a trendy promenade, recline on a pristine Mediterranean beach or journey back in time to the house where Napoléon was born, the mellow waterfront city of Ajaccio offers something for everyone. From Civitavecchia, explore Rome's famous ancient ruins and works of art, from Michelangelo's awe-inspiring Sistine Chapel to the beautifully constructed Trevi Fountain. Discover how pearls have been manufactured since the 19th century in Palma de Mallorca before visiting the shops in Old Town and sampling delicious local cuisine.

Prices Get a quote 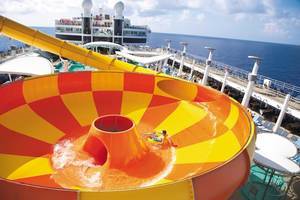 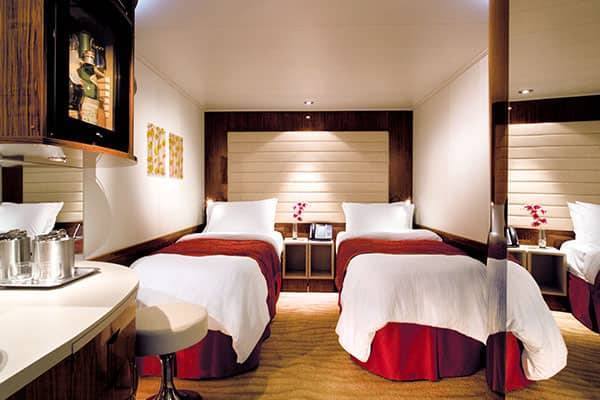 The capital of Catalonia, and one of its provinces, Barcelona, is a place of palpable history, where you can lose yourself strolling down the medieval streets of the Barri Gotic. It's a city designed to delight the senses: visit other-worldly Modernista churches like Gaudi's La Sagrada Familia, or treat yourself at a street side cafe to Patatas Bravas or a Passion Fruit Mojito.

Endless adventures await in Rome. With two and a half thousand years of history, art and culture, it is no wonder Rome is one of the most visited cities on the planet. Gaze at the masterpieces of the Vatican or walk into the past with visits to ancient relics, historic monuments and legendary museums. Or people-watch whilst sipping on an espresso in a quaint cafe.

Cruise to Naples, located on Italy's stunning Amalfi coast, a city rich in history. A tour around Naples' grand piazzas, cathedrals and castles in the old centre will take you back centuries. Pompeii is not too far either, a dashing city which boasts diverse cultural offerings and charming streets.

How lucky to visit the Tuscan region, Florence & Pisa, resplendent in art and history. What's even more fortunate is that all the main attractions in Florence are centrally located for the perfect walking tour. See Santa Croce, Piazza del Duomo and Michelangelo's David.

07: Drive up Suquet Hill for a view of the city, sea and Lerins Island - fabulous dahling! How many rich and famous can you spot, walk the palm-lined promenade de la Croisette and count. The French Riviera at its best...the International Film Festival calls this home.00 AM - 05:00 PM (Tender Port)

On the one hand, this city, founded by the Romans some 2,100 years ago, is replete with (literally) wall-to-wall history and architectural splendor. You can journey back in time and wander the mazes of alleyways and cobblestone paths that surround the Gothic cathedral. On the other hand, Palma is bustling with life, showcasing the island's best restaurants, shops, nightlife and a vibrant art scene. 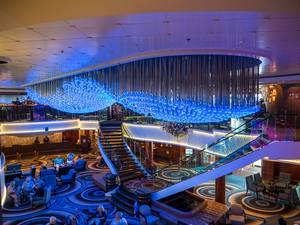 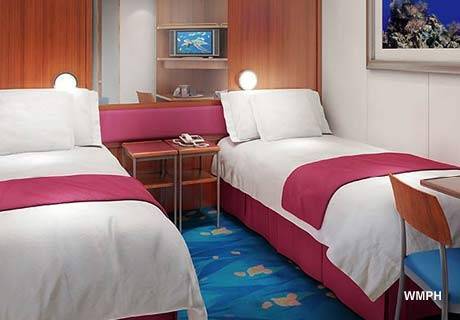 You could start a discussion about Venice by praising its restaurants, wine bars, marble churches or blown glass. But you probably won't. You'll likely start with the fact that Venice is built on water. It is a place where people either float slowly down palace-lined man-made waterways or stroll down narrow alleyways. There's no more extraordinary place to find yourself, or lose yourself

Tucked away between the mountains and the Bay of Kotor, one of the most indented parts of the Adriatic Sea, is where you'll find the picturesque town of Kotor. As you arrive at this secluded city, you'll notice the dramatic 65-foot high protective walls, which date back to the Venetian period during the 9th century. Stroll the labyrinth of cobbled streets with cozy cafes and craft shops as you marvel the graceful old buildings. Listed as a UNESCO World Natural and Historical Heritage Site, Kotor is also world-famous as a premier yachting and sailing destination.

One of the lushest of the Greek Isles, Corfu is rimmed in dramatic blue waters and topped with tranquil hillside villages. A collection of quaint cafes in the town of Corfu feels very continental, but the island's secluded coves and sandy beaches could only be found in the Greek Isles.

Whitewashed villages clinging to the sides of the sea cliffs have made the volcanic island of Santorini one of the most widely photographed places in the world. The island's charm and subtle mystery have even made it a target of speculation as the location of the lost city of Atlantis.

Mykonos is a classic Greek Island with whitewashed houses, blue-domed churches and windmills. Add a reputation for beautiful beaches and you'll understand why Mykonos is the most popular island in the Cyclades. Explore the island in a 4 x 4 or take a ferry to the tiny island of Delos.

Looking at picturesque Argostoli, you wouldn't know it suffered a devastating earthquake in 1953. The city and its surrounding area are full of treasures, including a 12th-century Byzantine cathedral and beautiful 16th century frescoes. And the nearby underground Lake of Melissani is simply magical. Enter the caves to find ancient stalactites, and marvel at the scattered rays of light beaming through, turning the water an intense blue.

Despite the magnificent 13th century walls that surround the city, Dubrovnik is one of the most welcoming cruise destinations in all of Europe. Dubbed “the pearl of the Adriatic” by the poet, Lord Byron, this Croatian city exudes romantic charm and beautiful scenery with its shimmering marble streets, centuries-old buildings capped by bright orange roofs, and lovely beaches ensconced between awesome rocky ledges. 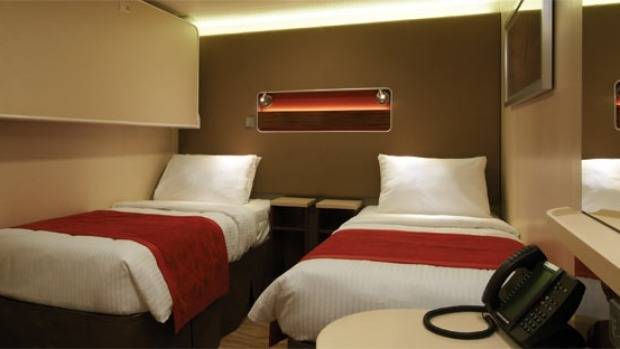 The capital of Denmark, Copenhagen, is filled with canals, cobbled squares and copper spires. But don't let the historic appearance fool you. This is also Scandinavia's most cosmopolitan city. Certainly you can relive medieval times in The Latin Quarter, but you can also enjoy some of Europe's finest shopping, museums, cafes and nightlife prior to your cruise around the Baltics.

It's been more than two decades since the walls came down and Berlin became unified in many ways, including the pursuit of joy. Germany's capital city is a city that balances cosmopolitan chic with a liberal undercurrent of creativity and cool. Famous landmarks like the Brandenburg Gate and Reichstag fascinate. The elegant Bavarian Quarter amazes.

The capital of Estonia impresses cruise guests with its mix of medieval houses and very modern boutiques and café culture. Journey inside the ancient walls of Old Town to explore stunning medieval landmarks like Toompea Castle and a 15th Century apothecary shop. Move up a couple centuries to experience Tsar Peter I's Kadriorg Palace, filled with art and surrounded by sculpted gardens and peaceful woodlands.

Founded by Russian Tsar, Peter the Great, St. Petersburg has for centuries been the cultural centre of Russia, with its spectacular architecture, Tchaikovsky operas, and the famous Kirov ballet. It has undergone many changes over the decades, but "The Venice of the North" remains a dazzling cruise destination, a Russian city with a European flair, a city with more than 200 museums, and one of the largest English gardens in Europe!

Welcome to Scandinavia's “White City of the North,” a city defined more by its people and Art Nouveau architecture than its chilly climate (from October to April). Helsinki is a classic sea-city, with a dramatic coastline coloured by bays and inlets. The city keeps its historical roots intact.

When your cruise ship pulls into this small Swedish port, you'll be greeted by ferries transporting travellers to Gotland Island. Nynashman hosts a harbour party each summer where boaters and travellers alike flock. The small and laidback town offers picture-taking opportunities from the surrounding scenic nature and of course, the Baltic Sea. 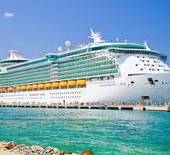 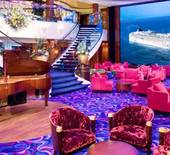 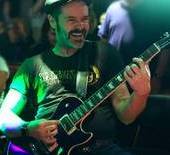 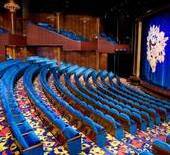 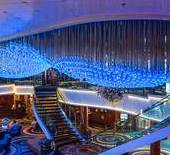 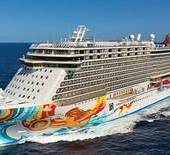 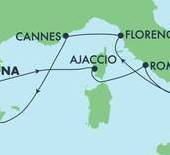 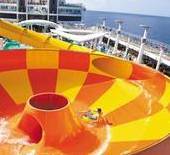 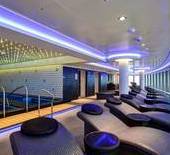 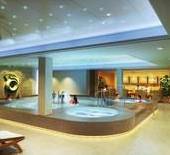 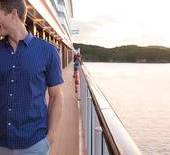